​
With offices in all the most prestigious locations in the world, BARNES can fulfill the wishes and meet the needs of its international clients. We expert in having extensive knowledge, a wealth of information contained in our unique database with thousands of exclusive properties, and a group’s reputation that serves the exclusive interests of our clients in order to provide them with unique, customized solutions. 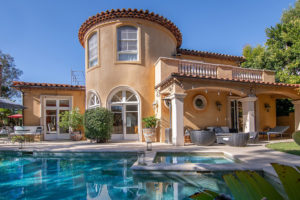 Arguably the most famous neighborhood in the world, Beverly Hills is the pinnacle of luxury. The city of Beverly Hills actually originated as a ranch where lima beans were grown as its original settlers failed to find oil in the area. Today, it’s home to 35,000 residents, ranging from industry tycoons like Leslie Moonves and the Spelling family to Hollywood royalty like Mike Myers and Bruce Willis. Beverly Hills houses the world famous Rodeo Drive, home to the most expensive store in the world, House of Bijan, where the average shopping trip ends in $10,000. The police department in Beverly Hills has a response rate of less than a minute and is considered to be one of the safest neighborhoods in the country. 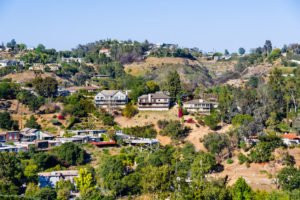 Bel Air is nestled in one of the best areas in Los Angeles with easy access to all pockets of the city. Bel Air was made famous by the 1990’s hit comedy “The Fresh Prince of Bel Air” starring Will Smith. The yearly household income of Bel Air residents is the highest of any city in Los Angeles With less than 10,000 people calling Bel Air home, the city is famous for sprawling mansions and some of the most expensive real estate in the country. Over the years Bel Air has been home to many notable residents, including President Reagan, Elizabeth Taylor, Alfred Hitchcock, Wilt Chamberlain, Elon Must, Jennifer Aniston, to name a few… 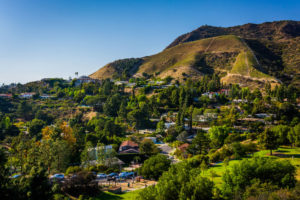 Hollywood Hills has only recently emerged as a premier destination for luxury home buyers. Few other neighborhoods offer the spectacular views of all of Los Angeles like Hollywood Hills homes. Some of the most famous Los Angeles hot spots are in the Hills, most notably the Hollywood Bowl and the Griffith Observatory, with millions of visitors each year. Perhaps the most famous of the neighborhoods within this locale is Mt. Olympus. Many actors call the Hills home, including Salma Hayek, Ben Affleck, and Halle Berry. 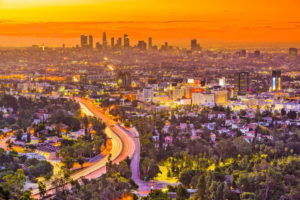 The Sunset Strip is the one of the most recognizable of LA’s real estate designation. The Sunset Strip is an inseparable part of LA history and culture, starting with the glitz and glamour of the 1930’s and 1940’s, the music revolution of the 1960’s and 1970’s, and today’s flurry of trendy clubs, restaurants, and shops. The hills above this 1.5-mile stretch have the highest concentration of celebrities in Los Angeles (if you live here, you are bound to run into many of them at some point or another). 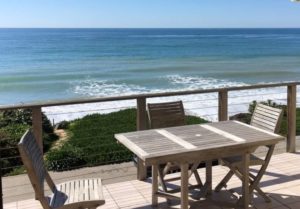 Malibu is one of the most spectacular beach towns on the planet, just minutes north of Los Angeles. Nicknamed “Bu” by residents, the city boasts a 27-mile stretch of beautiful beaches and properties with breathtaking views in all tiers of the cliffs. The city is infamously known for lying on the fringe of an extensive chaparral wilderness area, requiring extensive property research prior to making this your residence. This has not stopped the city from becoming one of the foremost cultural attractions in Southern California, hosting many festivals throughout the year. A little-known fact is that the first working version of a laser was demonstrated in Malibu. 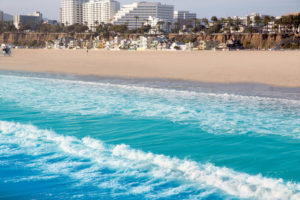 Santa Monica (secretly our favorite neighborhood and the home of the Barnes Los Angeles founders). By far and away the most populous of the luxury cities in Los Angeles, Santa Monica houses nearly 100,000 residents. The City of Santa Monica approves very little new construction each year, making many of the newer builds highly sought after and largely recession-proof. The Santa Monica Pier is the most famous landmark in the city (the beach promenade extends all the way south to Venice). The city has one of the youngest populations in Los Angeles, attracting young business professionals and creative artists alike. 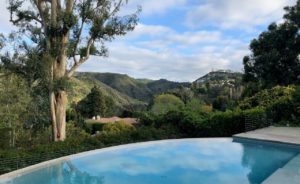 Pacific Palisades Considered to be one of the best school regions in the state, many young families choose to make Pacific Palisades their home. The Palisades has one of the most eclectic collections of large private homes, smaller older houses, condominiums, and apartments, giving it a distinct and attractive dynamic. One of LA’s most recognizable attractions, the Getty Villa, as well as the filming location of the most watched show in TV history, Baywatch, can be found in the Palisades. Though the neighborhood has been established for years, in the last decade or so more and more recognizable individuals have taken residence in this part of the city. 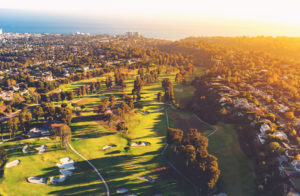 Brentwood is one of the most affluent communities in West LA Roughly 33,000 people call Brentwood home; covering an area of ~15 square miles, Brentwood has one of the lowest population densities in the city and the country. The median age of residents is 35 years old (2000 census); the percentage of residents ages 50+ was among the highest in the country. The neighborhood is home to 7 top-tier private schools and one of the most beautiful golf clubs on the west coast. Brentwood has been home to many notable residents including Tom Brady, Jay Leno, Arnold Schwarzenegger, and Marilyn Monroe to name a few. 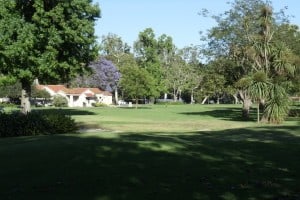 Holmby Hills is the quiet secret of Los Angeles, holding the title of the most expensive neighborhood in the city. Holmby Hills has more famous neighbors, Beverly Hills to the east, Bel Air to the north, Westwood to the West, and the Wilshire Corridor to the south…yet Holmby Hills boasts an average property price higher than all of them. Angelinos refer to the three riches neighborhoods as the “Platinum Triangle” – Beverly Hills, Bel Air, and…Holmby Hills. While you may not have heard of Holmby Hills, you have certainly heard of its most famous home, the Playboy Mansion.   For those that have not visited Los Angeles, getting lost driving around Holmby is one of the most underrated fun activities the city has to offer.